Algo sobre mi carrera...
Peter Schirmacher is director of the Institute of Pathology (IPH) of Heidelberg University (Germany) since 2004, Chairman of the German Society of Pathology and Council Member of the European Association of Pathology, board member of the National Center of Tumor Diseases, member of the German Academy of Sciences Leopoldina, and Principle Investigator in many national and international consortia. He studied Medicine at Mainz University (Germany) and Molecular Biology at Albert Einstein College, New York, received training and board certification in Pathology and Molecular Pathology at Mainz University and was Professor of Pathology at Cologne University. His scientific interest centers on liver and molecular pathology with specific emphasis on molecular pathogenesis of hepatobiliary cancer; he has contributed to over 600 publications and numerous guidelines mainly centering on these topics. He is coordinator of the Coordinative Research Center ‘Liver Cancer’ of the German Research Foundation involving three University Centers and about 50 Researchers. IPH is Center of Excellence of the ESP for Liver and Molecular Pathology. 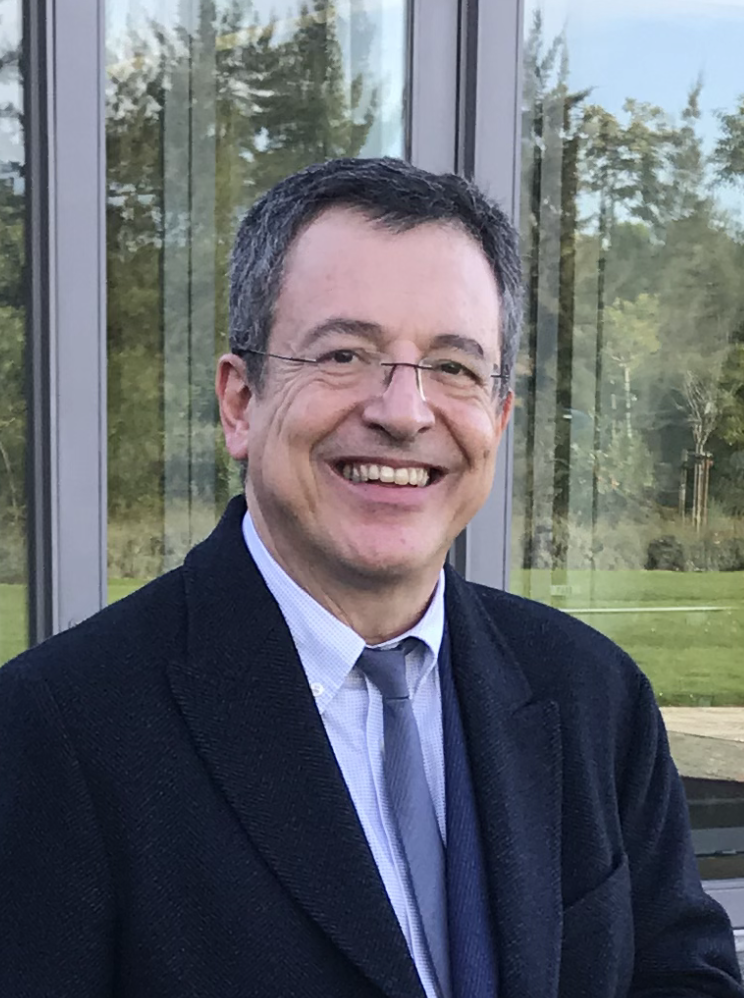 Algo sobre mi carrera...
Professor of Pathology at the University of Porto, Senior Researcher and Head of Molecular Pathology Unit at IPATIMUP, President of the Portuguese Society of Cytology and General Secretary of the International Academy of Cytology (IAC). He has authored more than 464 papers in peer-review journals, 23 book chapters and he is editor of four books, one of molecular pathology, one of molecular cytology, other of cytopathology and other of breast cytopathology. Prof Schmitt is widely considered a world-leading expert in cytopathology and breast cancer. Fernando was a fellow at the Karolinska Medical Hospital, Stockholm, and was Professor of Pathology at the University of São Paulo (USP), Brazil and University of Toronto, Canada. He was also Director of the Department of Medicine at Laboratoire national de santé, Luxembourg. His research work is on breast cancer, with emphasis on molecular markers, cell adhesion and invasion, therapeutic targets and mechanisms of resistance. In the last years, his research work has been dedicated to the study of molecular markers on cytological material. Fernando serves as Associate Editor of six major scientific journals and sits on the editorial board of many others. He has also been chair, president or scientific director of several major European, Portuguese and Brazilian scientific societies of pathology and cytology. Currently he is the Secretary-General of the IAC, President of the Portuguese Society of Cytology and President-elect of the International Society of Breast Pathology. Fernando received the prize of Educator of the Year 2011 by the Papanicoloau Society of Cytology (USA), also received the prize GOLDBLATT AWARD 2013 from the International Academy of Cytology. In 2018 received the prize Dario Cruz from the Portuguese League Against Cancer for his career as researcher in breast cancer. 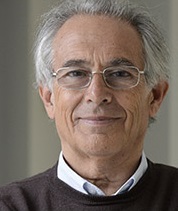 Algo sobre mi carrera...
Manuel Sobrinho Simões, MD, PhD is Emeritus Professor of Pathology of the Medical Faculty and Director of the IPATIMUP created in 1989. He is a Member of the Board of Directors of the I3S, co-created in 2008 under the auspices of Porto University. MSS chairs the National Council of Clinical Academic Centers and the Board of the National Agency for Evaluation and Accreditation of Higher Education (A3ES). MSS is co-author of about 350 scientific publications which have given rise to about 13500 citations (h factor 59). His main interests are oncobiology and thyroid cancer. MSS carries about 300 diagnostic consultations per year for foreign institutions. MSS was President of the European Society of Pathology from 1999 to 2001, after having been Secretary from 1989 to 1997.He helped creating EUROCELLPATH (European Courses on Cellular Pathology) and the European School of Pathology (EScoP), and has been co-organizing the ESCoP Courses on Thyroid Tumours since 1992 and the Thyroid Tumour Course for Practicising Pathologists of the IAP since 2002, as well as several regular Courses on Endocrine Pathology in Europe. MSS has co-authored many chapters of three editions (1988,2004,2017) of the WHO Book on Endocrine Tumours. He has been elected by his peers “The most influent pathologist” in a survey conducted in 2015 by “The pathologist”.MSS has been awarded several prizes and honours among which:Prémio Bordalo for Science (1996), Prémio Seiva for Science (2002) and Premio Pessoa – National Prize for Culture & Science (2002), Portuguese Red Cross (2002), Health Ministry (2013),Grande Prémio Nacional Ciência Viva (2017), Officer and Commander of The Royal Norwegian Order of Merit (2003, 2008), Great Cross of the Order of Infante D.Henrique (2004),Great Cross of the Ordem Militar de Sant'Iago da Espada (2017).He has been nominated Honourary Fellow of the Royal College of Pathologists (UK) in 2018 and awarded the prize Rio Hortega of Spanish Society of Pathology in 2019 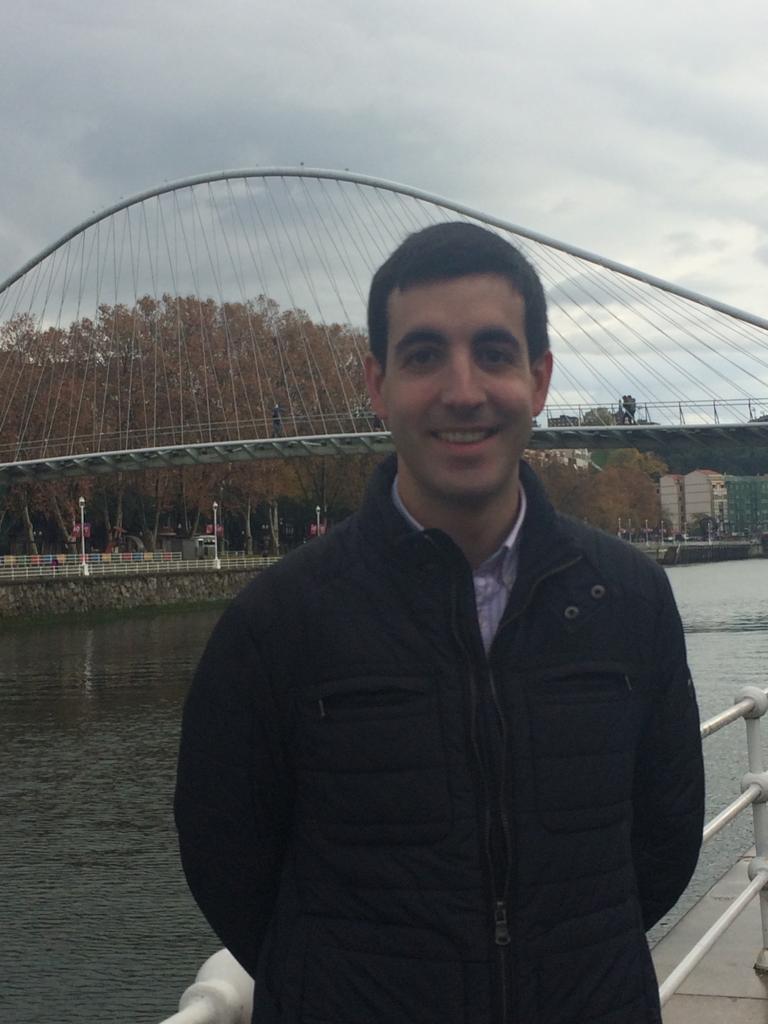 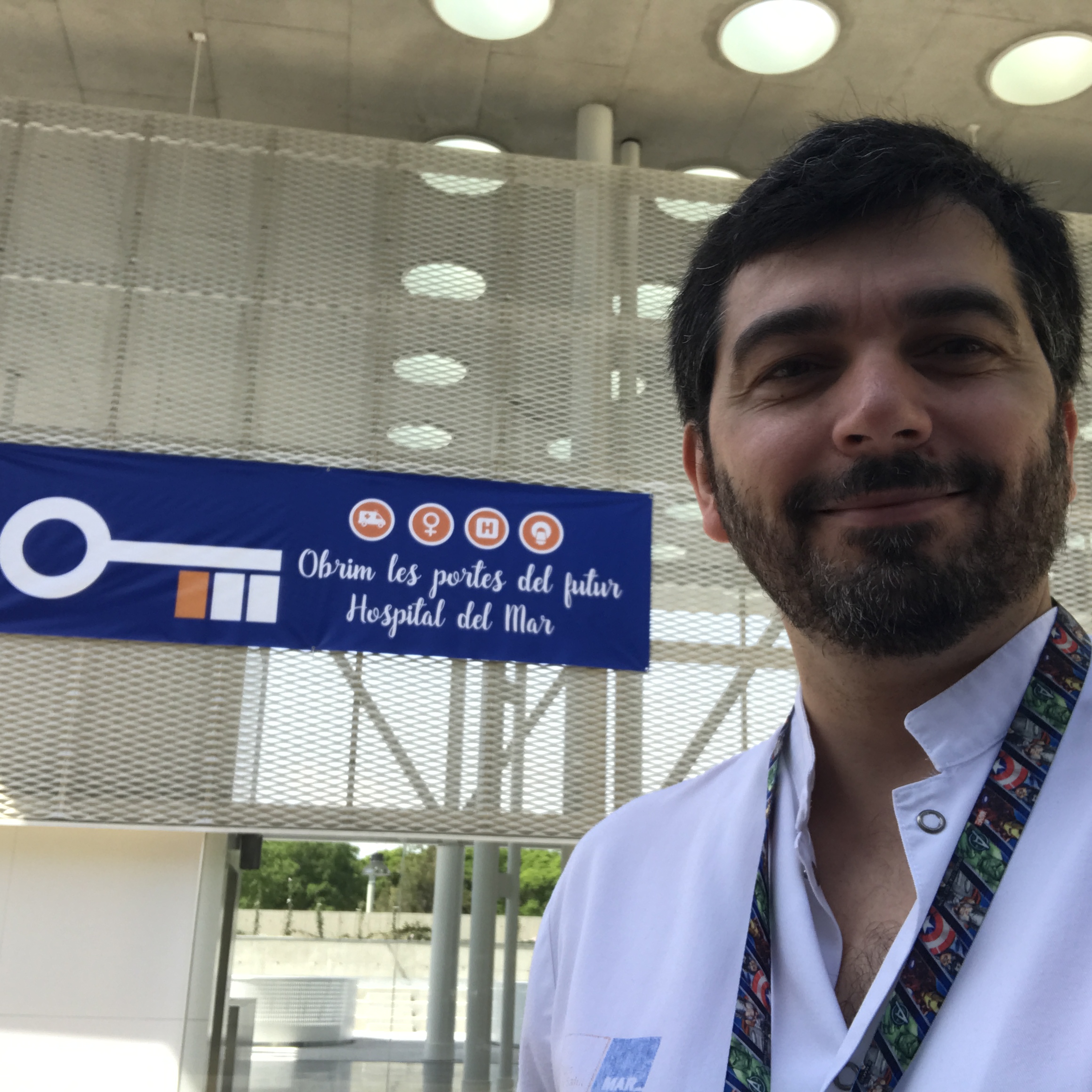 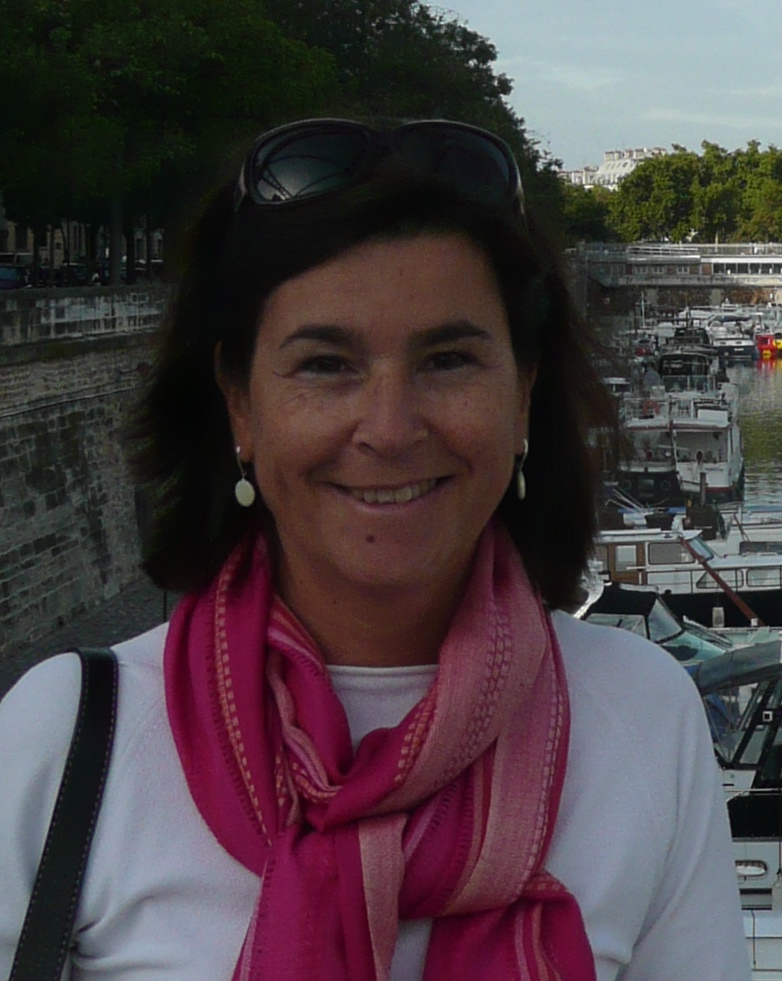 Algo sobre mi carrera...
1.1. 1994-2009: school studies (Primary, Secondary and Baccalaureate) in the Spanish Institute "Juan Ramón Jiménez". Casablanca (Morocco). 1.2. 2009-2015: Degree in Medicine and Surgery in the Complutense University of Madrid. 1.2.1. July, 2012: Rotation in the Service of Intensive Therapy, and Anesthesia of the Hospital Moulay Youssef of Casablanca. 1.2.2. 2014-2016: Rotations for Pneumología's Services, Cardiac Surgery, General Medicine, Ophthalmology, Dermatology, general Surgery, Gynaecology. Hospital 12 de Octubre, Madrid. 1.2.3. August, 2013: Rotation in the Service of Emergency Room of the Jackson Memorial Hospital of Miami inside the William. J.Harrington Program. The United States. 1.3. 2013-2015: Final Degree project in the center of Investigation (Research) "i+12", Hospital 12 De Octubre. Madrid. 1.4 Resident Doctor in Pathology of the Hospital del Mar (Barcelona), under the Program of Sanitary Specialized Formation of the Ministry of Health, Social Services and Equality. Spain. 1.4.1. Review of cases of seminars (monthly) 1.4.2. Review of specific cases of every specialty (weekly) 1.4.3. Presentation of monographic reviews (weekly) 1.4.4. Meetings with laboratories of molecular biology, cytogenetics and hematologic cytology, consisting of monographic reviews or project presentation of investigation (research) (the weekly one) 1.4.5. Reviews of quality control (monthly) 1.4.6. Presentation of communications to courses and congresses (monthly) 1.4.7. Quality control in the diagnosis of the SEAP (Sociedad Española Anatomía Patológica). (Monthly) 1.4.8. Session of presentations with services of Emergency of the hospital del Mar (Barcelona). 1.4.9. Assistance to interdisciplinary committees of different subspecialties (weekly one). 2. PROFESSIONAL MERITS: 2.1. July, 2011: Administrative officer in "GMT" (Global Medical Technology). 2.2. August, 2012: Program of Voluntary work in Orphanage "Lalla Meriem" Casablanca (Morocco). 2.3. Voluntary in the "Ass 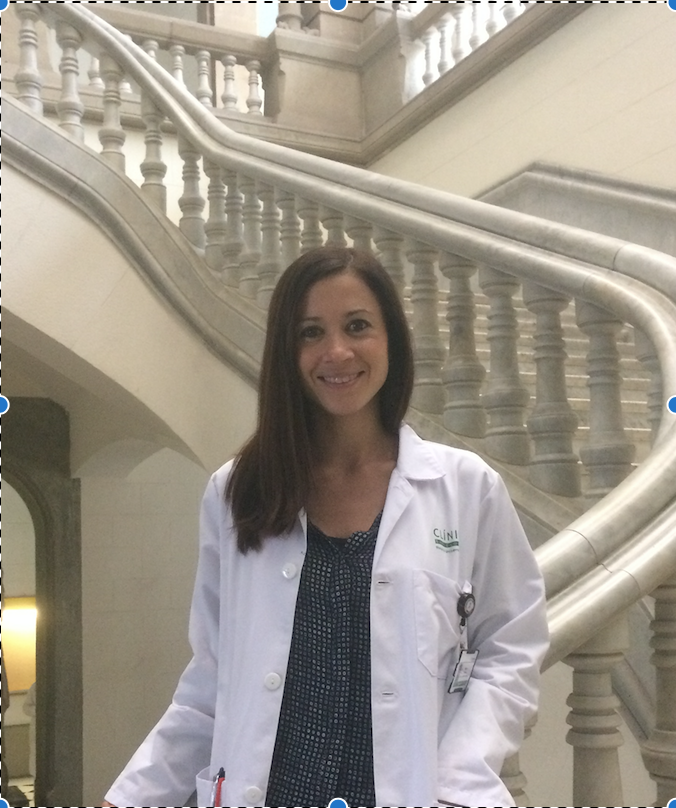 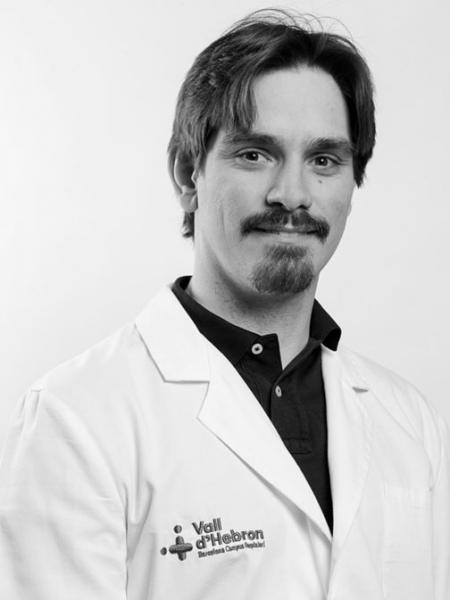